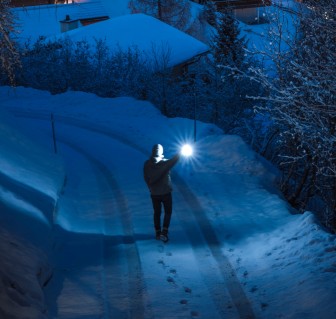 One of the graces of being old is the gift of perspective. It is a precious gift that we can draw from at will or ignore by choice. Perspective can be the light in the darkness if we choose it and use it well and wisely.

I have had elder perspective for some time. In two months, I will have been alive for 79 years. I will have begun my 80th year. That’s downright  sobering! There is power in numbers.

So it is that I offer my elder perspective in these days of navigating the unknown.

“I’ve seen it all” has come from the lips of many an elder. Of course, none of us has ever literally seen it all. Nonetheless, we elders have seen a heckuva lot. We have seen the world repeat itself many times over.

We have lived through periods of human history when annihilation was certain and most were convinced that tragedy would overtake us all. We have known the fear that grips us when something new shows up – or something terrible shows up again when we thought it was gone forever.

The novel coronavirus of today is yet another repeat of one of the dangers that lurks in the world, just waiting its time to appear as the Unknown, Unwelcome Guest at the party that is life. It’s the latest repeat of death by microbe: familiar, yet new in its own way. The same as, and yet, unique.

And we are terrified. We either hunker down in fear, or we throw vitriol far and wide, hoping to find someone to blame where it will stick. We’re suddenly epidemiologists and public health experts and economic gurus, sure that we have the answers that no one else does. Life is out of control suddenly, and we need to find some control somewhere. Anywhere.

How we deal with this Unknown Guest is an individual conundrum as well as a global one. For all of us, there is the reality that Something Called Death is at the door. It feels like the first time all over again, and for this virus, it is. But for us elders, it is not the first time that Something Called Death has stood outside, waiting for that moment to sneak in when we drop our guard for a nanosecond. You know the saying, “There are two things in life that are certain. Death and taxes.”

We are vulnerable once again. We do not know how life will work out this time.

For those of us elders who have seen a lot, even if we’ve not “seen it all,” the scene feels eerily similar to many that we’ve already faced. That can be reassuring; it can also be unnerving. We know that for a while, life will be even more fragile than usual, and that tragedy will appear too often before The Unwelcome Guest slinks away for another day.

We also know that when life is suddenly more fragile, our better angels show up, too.

We see acts of sacrifice and generosity from our neighbors, and everyone now again is our neighbor. We hear of compassion and love expressed in words and deeds that create new kinds of community even when we are separated. We may not be able to be close together physically this time, but our hearts are wildly bound together in kindness and well-wishes. We’re sharing the fear, but we’re also sharing the hope.

We elders remember the years when World War II was in the headlines and on the newsreels at “the cinema.” And the end of the world as we knew it was not a strange concept. We remember the women who had to work in the factories that made planes and bombs. The ration books that rationed milk and eggs and gas and rubber. Large white stars were placed in front windows, telling the world that here was a home whose child was fighting that war; and there were Gold Star Mothers whose sons had died.

We remember Hiroshima and the terrifying new reality of atomic destruction.

We remember the ’50’s, when we had “drop and cover” drills at school, hunkering under our desks or in the halls, arms over our heads, preparing for the nuclear blast that could kill us all. And some of us had neighbors who built bomb shelters, stocked with food and supplies, supposedly giving them shelter and safety until it was safe to come back out into the world.

We remember the polio epidemic when we couldn’t go to public swimming pools because that’s where you could pick it up as a child. We saw pictures of children our age, locked into steel tubes that breathed for them. A new term came into our lexicon: iron lung.

We remember Sputnik and the race for space that in its own way changed “the world as we know it.”

We remember the arms race, when the very real threat of nuclear annihilation became clear as the United States and Russia became owners of the bombs that could end the world, period. Nuclear winter was a new term. What the bomb itself didn’t destroy, they said, the fallout would as the nuclear cloud circled the world.

Now that you’re all depressed…here’s what we also remember.

World War II ended, and indeed the world had been changed. But not ended.

Dr. Jonas Salk put an end to the polio epidemic and iron lungs are in museums, though some longterm effects of polio did return decades later to some who survived.

The space race took off and is still with us and it’s changed the world as we knew it in our childhoods. But we’re still here. And international cooperation has replaced competition.

The nuclear race changed, and bombs are in the hands of other nations and yet, they are still in their silos, both figuratively and literally. And in the meantime, nuclear energy and medicine have saved lives.

We remember all the monikers for the viruses that have already passed through the world. Vaccines help with some that remain; some still stalk and require vigilance.

We have made it through the darkness time and again.

Yes, each time the world-as-we-know-it has changed. Sometimes for the better, sometimes not. There is always the next challenge, the next surprise, the next Unknown Guest.

There are also heroes of all kinds who rise up to confront every new-terrible-thing, and in time, they overcome the Unknown for all of us. They are doing just that again.

We may find our worst selves in the midst of it, but we also find the very best in ourselves and others. We overcome together. We endure together. We challenge ourselves together. We innovate together to find solutions. We find a stronger love that transcends our own self-seeking interests and we reach out in faith, love and hope.

There is power in numbers!

The Christian Scriptures, in I Corinthians 13, puts it this way: “So faith, hope, love abide, these three. But the greatest of these is love.”

And when love is where we live, it changes the world, no matter what comes at us.

Love abides. Watch for it. Live it. Be it. And we’ll make it through again. How we do it will change the world. And it will bring light into a thousand, thousand darknesses.